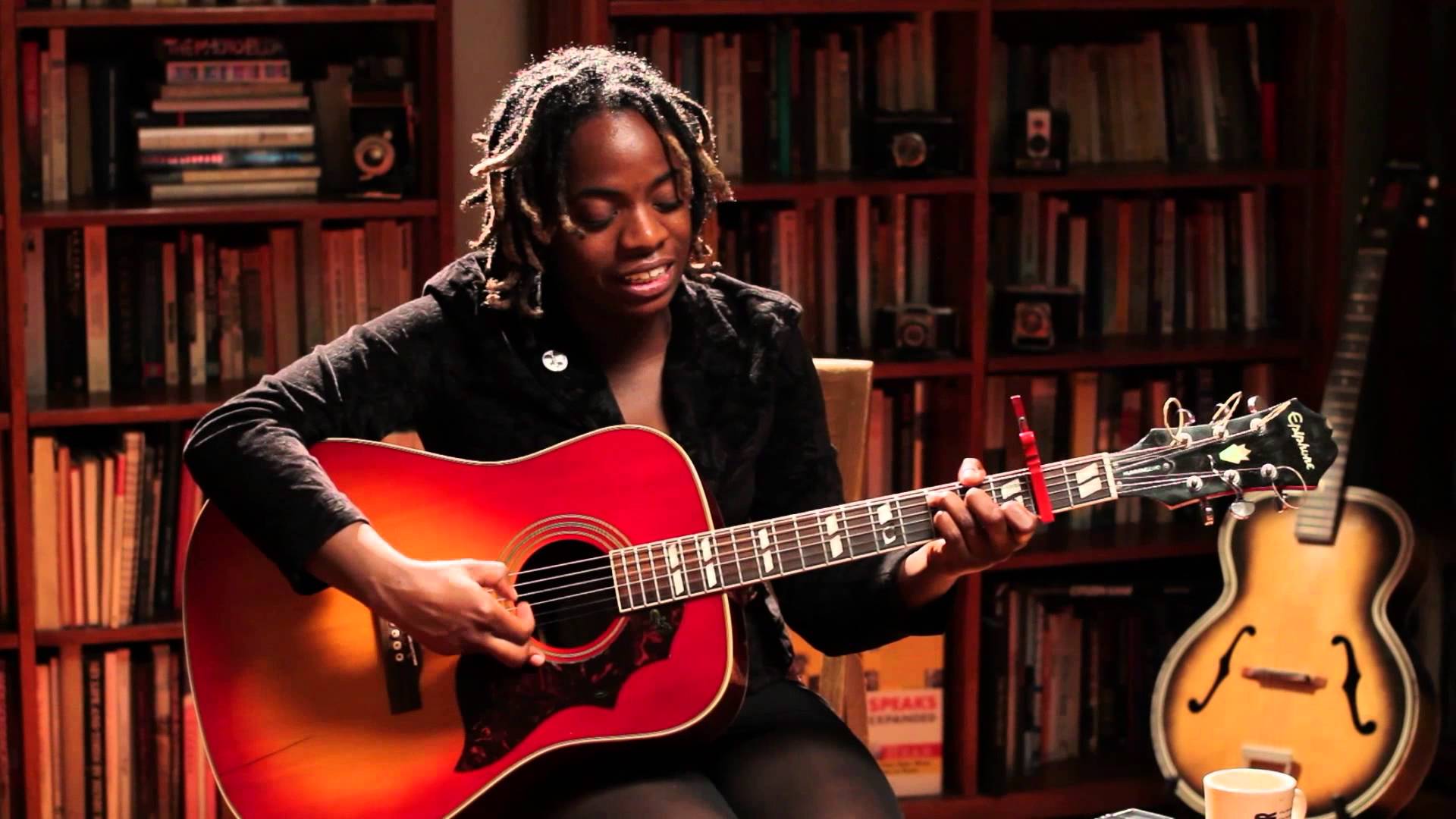 “…her right thumb plunks the bass part while her forefinger upstrokes notes and chords, leaving the other three fingers unused. A banjo technique, it’s also used by acoustic blues guitarists. Her fingers are long and strong – Robert Johnson hands – in jarring contrast to the waif they’re attached to. The walking bass line sounds like a hammer striking piano keys in perfect meter, while the fills are dynamic flurries – like cluster bombs. I haven’t heard a young guitarist this dexterous and ass-kicking in eons.” – Michael Simmons, L.A Weekly